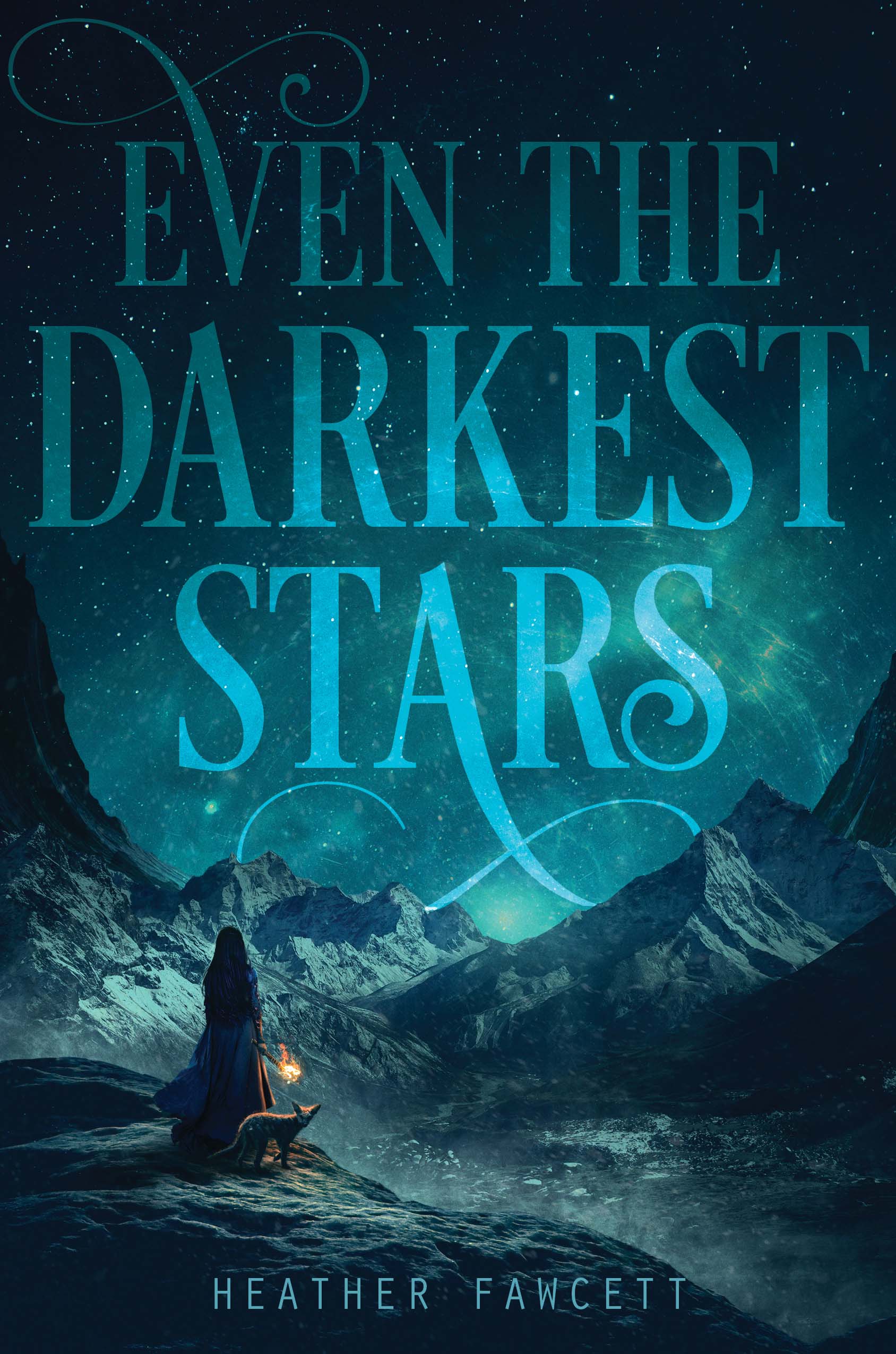 Even the Darkest Stars

Kamzin has always dreamed of becoming one of the Emperor’s royal explorers, the elite climbers tasked with mapping the wintry, mountainous Empire and spying on its enemies. She knows she could be the best in the world, if only someone would give her a chance.

But everything changes when the mysterious and eccentric River Shara, the greatest explorer ever known, arrives in her village and demands to hire Kamzin—not her older sister Lusha, as everyone had expected—for his next expedition. This is Kamzin’s chance to prove herself—even though River’s mission to retrieve a rare talisman for the emperor means climbing Raksha, the tallest and deadliest mountain in the Aryas. Then Lusha sets off on her own mission to Raksha with a rival explorer who is determined to best River, and Kamzin must decide what’s most important to her: protecting her sister from the countless perils of the climb or beating her to the summit.

The challenges of climbing Raksha are unlike anything Kamzin expected—or prepared for—with avalanches, ice chasms, ghosts, and even worse at every turn. And as dark secrets are revealed, Kamzin must unravel the truth of their mission and of her companions—while surviving the deadliest climb she has ever faced.

“With a dash of romantic entanglement, a rich original mythology, and a sizzler of a twist at the end, this duology opener will appeal to fans of female-centric fantasy by such authors as Leigh Bardugo and Sarah Maas.” —Kirkus

“Cinematically vivid…immersive and absorbing.” —Bulletin of the Center for Children’s Books

“A deeply satisfying feast for fantasy lovers…I fell in love with this book from the earliest pages and have left the gnawed-off pieces of my heart scattered across the Aryas.” —Catherine Egan, author of Julia Vanishes

“A lush adventure filled with magic, myth, and monsters. Even the Darkest Stars will sweep you off your feet, steal your heart somewhere between the mountains and sky, and leave you breathless.” — Sarah Glenn Marsh, author of Fear the Drowning Deep and Reign of the Fallen 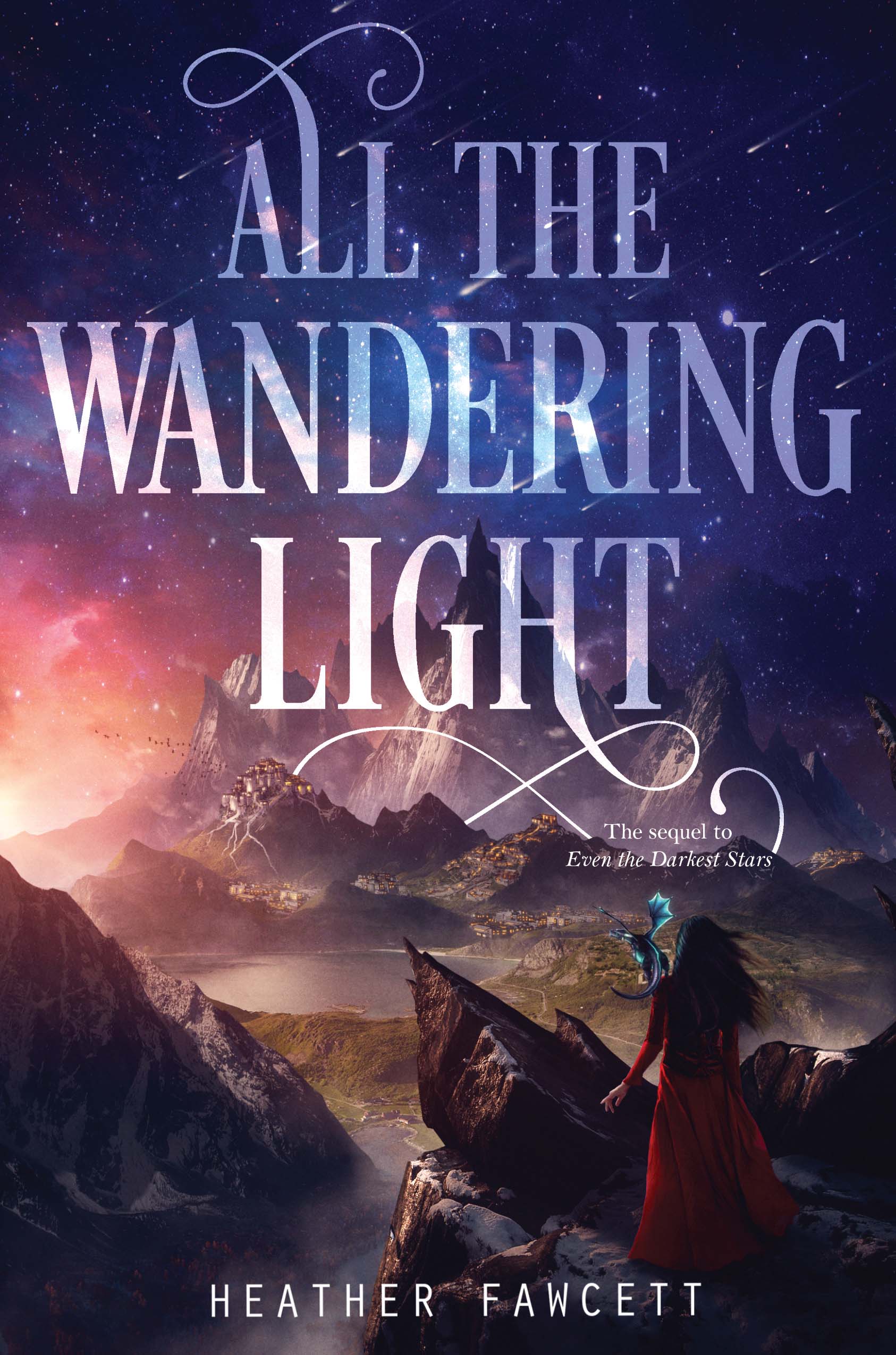 All the Wandering Light

After the terrifying events on Mount Raksha, the witches have returned, and River has betrayed Kamzin to regain his dark powers. The witches’ next step: march on the Three Cities and take over the Empire—led by River’s brother, Esha.

If Kamzin is to save Azmiri and prevent the destruction of the Empire, she must find a star that fell in the Ash Mountains to the north. Fallen stars have immense power, and if Kamzin and Lusha can find the star, they can use its magic to protect their homeland. To get there, Kamzin has allied with Azar-at, the dangerous and deceptive fire demon, who can grant her great power—in exchange for pieces of her soul. But River wants the star too, and as their paths collide in dangerous and unexpected ways, Kamzin must wrestle with both her guilt and her conflicted feelings for the person who betrayed her.

Facing dark magic, a perilous journey, and a standoff against the witches, can Kamzin, Lusha, and Tem find the star and save their Empire?